Secret of the Dragons Egg


It will be well worth keeping an eye on the Ice Castle, especially the dungeon area, to see if there are any changes made to the location or the Dragon Eggs themselves. Albert Petrosyan. The Ice Castle on Polar Peak was a mere stone tower prior to all the snow and ice melting to reveal the rest of its grandeur. 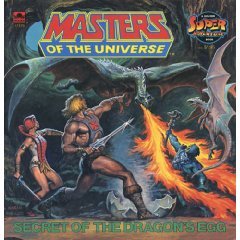 While He-man is shopping at Ralph's, he learns from a tabloid that Skeletor is at it again! This time, Old Bonehead is trying to pull some shit with some magical dragon eggs.

Actually -back track a bit- I wouldn't call what He-man is doing shopping. He's just walking around with a cart and pretending to shop while having a free-for-all with the Kraft Cheese 'n Crackers Handi-Snacks. He-man has absolutely no fucking intention of paying, but the employees don't give a shit.

In fact, they think it's downright hilarious watching him! He-man thinks that he's being clever and sneaky, but it's quite obvious what he's doing.

They watch as He-man tries to push a cart and spread the cheese on those crackers with that tiny red stick using his big, dirty fingers. When he comes across a shopper, He-man tries to play it off and overacts with a "Oh, hello there, fellow shopper! Gonna make Man-at-arms favorite dish! It's his birthday today!

He-man always does this shit. Sometimes he'll show up at the store and return an hour later wearing a shitty disguise.

The Stolen Blackfyre Dragon Egg / WHERE IS IT? (Game of Thrones)

His disguises really fucking suck. Sometimes, it's a pair of busted glasses, other times he'll simply part his hair to the side. One time he showed up holding a banana under his nose and tried to pass it off as a mustache. The best one though is when he dresses up like a woman. He'll throw on a mu mu and a hat and wear some crude looking make-up. Everybody fucking knows that it's him, but they just go along with it. You can totally see his sword sticking out of the collar and his gnarly, dirty ass fur boots are fully visible.

Hatch (and eat) your own Norbert!

He-man then walks around doing his usual thing asking everybody "Oh! Have you seen He-man? I'm his mother -Mrs. I'm looking for my son He-man! It's almost time for dinner!


It's his birthday! So anyways, on one of his many visits to Ralph's, He-man saw the tabloid about Skeletor and the dragon eggs. But just before that happened, He-man was strolling through the bakery section and came across a chocolate pudding pie.

I"Say this pie looks powerfully delicious! I must taste this pie! So he bent down and gave the pie a sniff. He then stuck his big ass finger in the middle of the pie and then sucked his finger to give it a taste. He closed his eyes and let out a blissful "mmmmmm! OK, now back to the dragon egg bullshit.

He-man left the store and gathered up his pals and they all ran over to Skeletor's pad. Beast-man tried to stop them, but Teela punched his stupid face. Our heroes found Skeletor inside sitting on his throne and holding the dragon egg. He-man tried to be funny and called out to Skeletor and said "Your Tricks won't work with me, Bone-brains! I'll get that egg back from you and then we'll make our eggsit exit! It made him look like he had huge balls. So then they all broke out into a really lame fight. He-man ran up to Skeletor and reached down his drawls and pulled out the egg.

That means that he totally touched his junk! Anyways, Merman tried to grab the egg, but He-man tossed it over to Battlecat, but Evil-Lynn intercepted it, but she tripped and the egg went flying and Orko caught it but the egg was still slippery from Skeletor's duck butter.

The dragon egg was fumbling around in Orko's clumsy hands. He was like "I got it I got it! Orko dropped the god damned egg, but luckily enough, He-Man caught it with a diving catch.